Connection, efficiency & innovation. This is what makes us tick.

Verus is a new generation of freight forwarding.

Verus is a new generation of freight forwarding.

The Verus Mission is simple; bridge the gap between global giants and local small enterprises.

Verus is here to change the freight forwarding industry. Empowered professionals, fast-response times and real-time tracking on all orders provides the highest standard in global shipping and ensure you have a great experience.

Authenticity is important to us, that’s why we named our business Verus (meaning ‘true’ in Latin). The Verus family offer transparency throughout each part of our customers journey and strive to build honest, open connections with our clients. 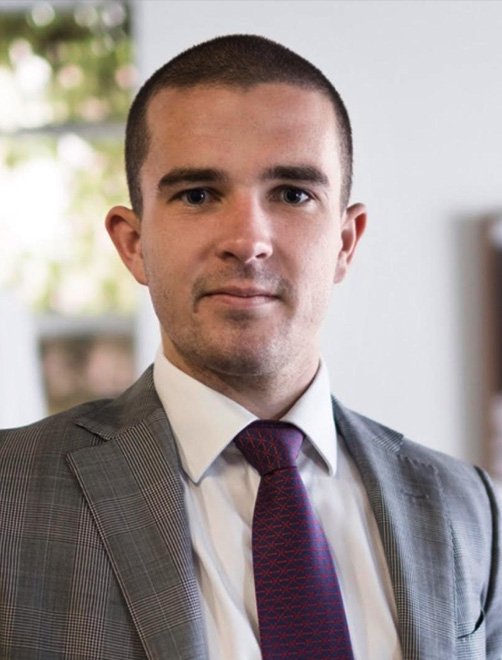 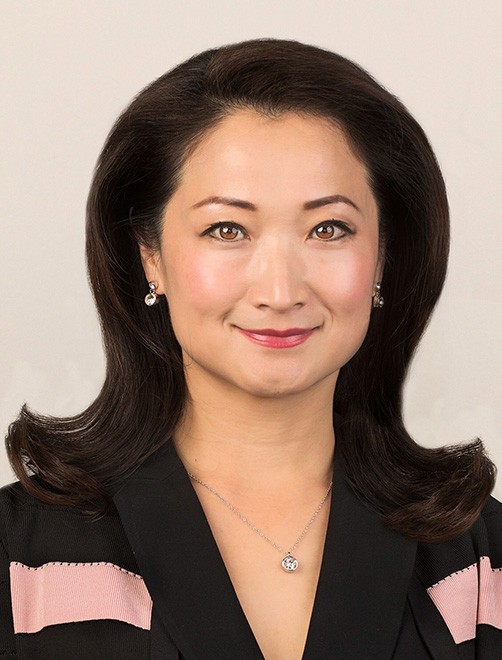 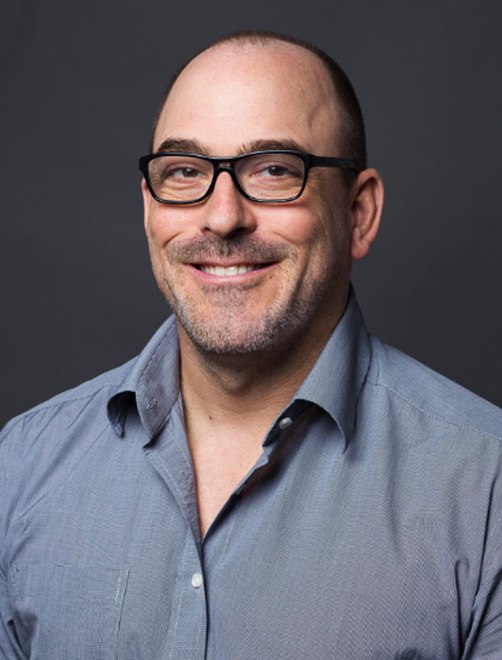 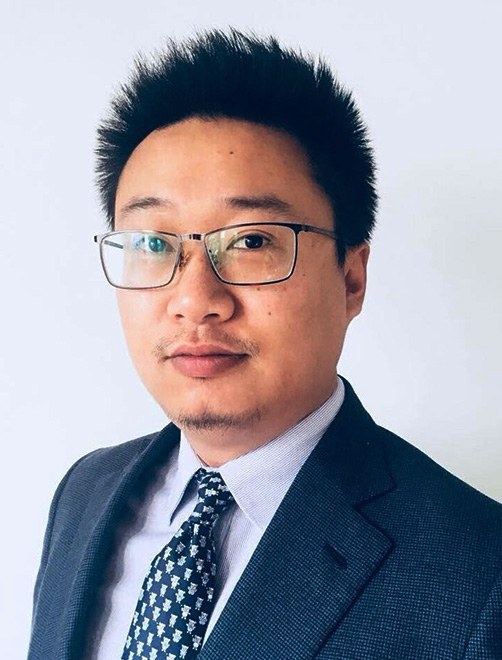 We’d love to hear from you. Our friendly staff are ready to assist.

Dr Andrew Walker is a well know Australian Entrepreneur with interests in many sectors. He is best known as the co-founder and co-Executive Chairman of Aspen Medical Pty Ltd.

Andrew co-founded Aspen Medical in 2003 with his business partner, to provide outsourced health solutions for Government and other large Organisations. Today, Aspen Medical is a highly successful International Company employing some 2200 personnel in Australia, the Pacific, West Africa, the Middle East, the UK and the USA.

In 1998, Andrew started Matrix Healthcare Pty Ltd, a national, vertically integrated healthcare business around the diagnosis and treatment of Skin Cancer before selling to IPN (a Division of Sonic Healthcare Ltd).

Andrew is a ‘serial entrepreneur’ having started some 10 businesses including being a Founding Director of ASX listed Resonance Healthcare Ltd and Ritract Ltd. From 2006 to 2010 he was founding Chairman of Generic Health Pty Ltd a provider of generic pharmaceuticals which was successfully sold to Indian multinational, Lupin Pharmaceutical Inc. In 2007 he helped found and became Chairman of Flexicar Pty Ltd, a disruptive car share business which was later sold to Hertz International. From 2008 to 2011 he was a Founding Director at investment bank, Wingate Group. Andrew also has experience in the mining industry having, in 2010, as Chairman and CEO recommissioned a brown field Iron Ore Project in Chile which successfully produced high grade magnetite.

Andrew is the Past-Chairman of the Melbourne Chapter of the Young Presidents Organisation. He has graduate and postgraduate qualifications in Medicine and Medical Science from Newcastle University and on graduation won the AMA Prize for 1986. In 2015 he was appointed a Conjoint Professor of Practice at the Newcastle University’s School of Medicine. He also has a MBA from The University of Melbourne. Andrew won the University of Newcastle Alumni Award 2016 for National Leadership.

In 2010, with business partner, Andrew founded the Aspen Foundation, a charity aimed at improving the health of Australia’s Indigenous communities. The Aspen Foundation has targeted its efforts at helping to eradicate trachoma and Rheumatic Heart Disease (RHD) from the Aboriginal community and has formed strategic alliances with the Fred Hollows Foundation and One Disease at a Time.

Since 2012, Andrew has been a Non- Executive Director of Vietnam Industrial Investments, a diversified industrial whose main assets include two steel rolling mills in Northern Vietnam.

Before starting his business career, Andrew was as officer in the Australian Army in Australia’s elite parachute regiment. Andrew’s hobbies include flying (Power and Soaring), classic cars and reading.

Leading Verus with integrity, experience and a propensity for client relations, Jackson has been tasked with managing the team across Australia, Hong Kong and China. Having begun his career in the freight forwarding industry at the young age of fifteen, Jackson went on to study Supply Chain and Logistics Management and at age twenty, lived up to expectations to become a Business Development Manager. His ability to form strong industry relationships and to engage with stakeholders has lead him to become a member of the Young Presidents Organisation Next Generation (YNG), as well as given him the innate ability to use positive workplace culture to steer Verus toward imminent success.

Born in Qingdao, China, Jasmine completed her Bachelor’s Degree in Commerce before honing her skills in the Chinese trading and freight forwarding market.

After gathering extensive experience in the shipping trade, Jasmine looked to pursue further opportunities in Sydney, Australia and soon completed a Master of Information Systems at CQU.

Now, Jasmine fulfils her passion for customer service by applying extensive shipping and logistics knowledge to her high-valued clientele. A truly imperative cog in the Verus machine, Jasmine’s ability to connect with her clients, while offering the highest quality of logistics knowledge remains unmatched.

Bob Boyce is one of a handful of Western business pioneers in China and is widely recognized for having built one of China’s most recognized homegrown Western style hospitality brands.

In 1994, Montana native Bob Boyce arrived in Beijing, China, to study Chinese. Even at that time, China was a place with huge potential for adventure and opportunity, though Western food choices were still scarce and hard to come by. In 1999, after several years of studying Chinese and working, Bob set about to fill that void by offering great quality, consistent, and classic Western food and drink.   He spent the next 18 years building two distinct Western Food and Beverage brands in the PRC; “blue frog bar and grill” and “KABB Bistro Bar” both of which have become the gold standard for casual Western dining and drinking in China.

In the course of eighteen years in business Mr. Boyce has personally overseen the procurement design and fit out and management of over forty multimillion dollar restaurant projects in China and Macau. He has deep experience in the development of these assets in one of the most completive environments in the world.

As of January, 2017 the company he founded, Blue Horizon Hospitality Group, operated 35 restaurants in 10 cities throughout China, had revenue of seventy five million US dollars per year and employed nearly two thousand team members country-wide.  In February of 2017 Mr. Boyce completed the final sale of his shares in the business to a European restaurant Group and completely exited from the business.  During his time growing the business in China, Bob maintained an active leadership role in EO (Entrepreneurs Organization) and then YPO (Young Presidents Organization) serving eight years on the leadership committee of the YPO Pan Asian Chapter.  Bob is now based in Seattle Washington and is an active investor and advisor.

With more than a decade of fortified industry experience, Shaw is at the forefront of China’s trading market. After leading multi-international logistics in China, Shaw’s determined approach to business coordination has seen him become an integral leader in International trade. Bringing to Verus his ability to combine global excellence with localised knowledge, Shaw’s leadership and communication skills make him an invaluable asset to the team.